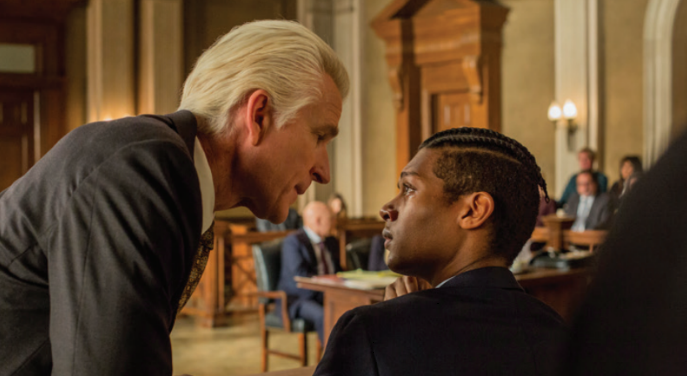 
Michael Trainer (Matthew Modine) , a highly successful corporate lawyer, is ordered by a judge (Lou Gossett, Jr.) to represent pro bono a black kid, Jamal (Shane Paul McGhie) who
is suing a for-profit foster care agency for years of abuse in the corrupt foster care system. Initially, he sees Jamal as a kid off the streets looking to grab a piece of corporate profits. But, when Jamal refuses to settle the case for any amount of money, Michael begins his representation in earnest. As their work together reveals the horrifying depth of the corruption and abuse of the for-profit foster care agency, Michael is transformed from cynical skeptic to fierce warrior in the pursuit of justice.

The abuses portrayed in Foster Boy are not imaginary. In fact, they are drawn directly from the experiences of children in the for-profit foster care system – a system within which foster children have been abused, neglected, and denied services, according to a 2017 investigation by the US Senate Committee on Finance. This film is produced and presented by Shaquille O’Neal.