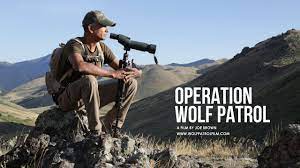 
This feature-length documentary profiles eco-activist, Rod Coronado, and his attempt to end
wolf hunting in the United States. Over the course of three years, we watch Rod work to
redefine his activism in an era– post 9/11, where some have called him an “eco-terrorist.” The
film comes to a climax when Coronado’s “Wolf Patrol” is met with a tightening of “hunter
harassment” laws that prohibit photography on public lands. Now Coronado has to ask himself
is he willing to go back to prison to fight a law that some are calling “unconstitutional.”