We are looking for film lovers with a generous heart who will sponsor a film at the 16th ELFF. We are asking for a $500 sponsorship that will provide the following:

In return for this generous sponsorship, you will receive these benefits:

One person or business can sponsor the film or get a group of your fellow film lovers to join you. Be a part of the East Lansing Film Festival, the coolest event in Mid-Michigan. 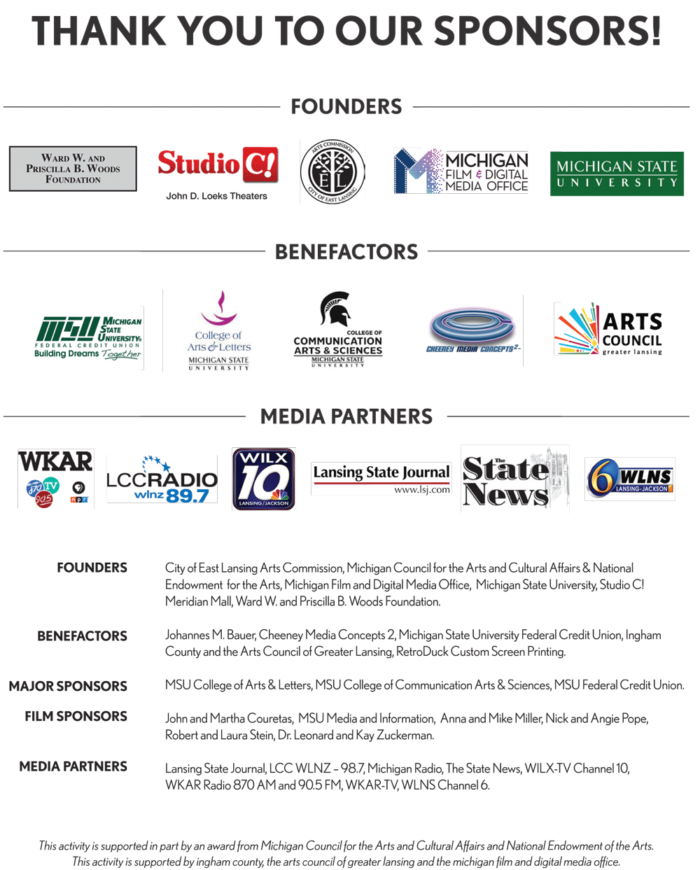